All Saints Church Snelland: Where Lightening Splits the Dead

Nestled in the country lanes by Wragby, Lincolnshire, flanked by yew trees and heavy swags of long-abandoned cobwebs, sits the tiny church of All Saints at Snelland. 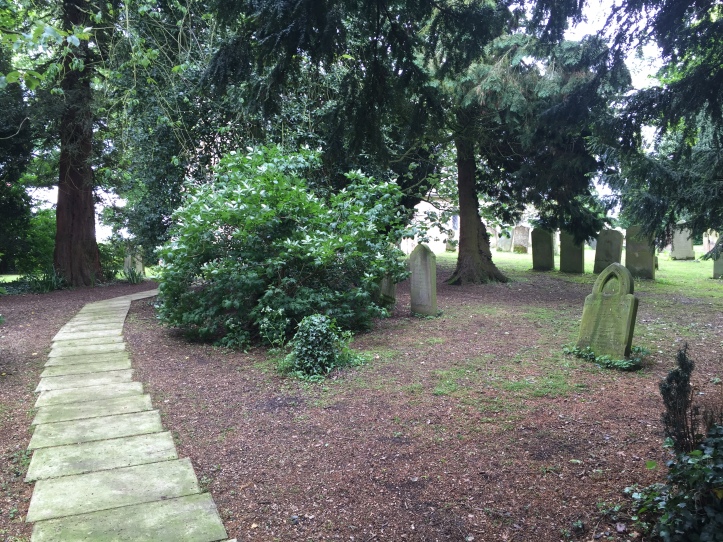 All Saints at Snelland has a long history, first recorded in the 12thcentury. It was then rebuilt in the 15thcentury and heavily remodelled in the 19th, but it was in the reign of Henry VIII that Snelland achieved notoriety.

During the Reformation, whereby Henry VIII dissolved the monasteries and founded the Church of England, his forces dismantled established (catholic) communities. Not all of these communities were to take Henry’s order lying down. 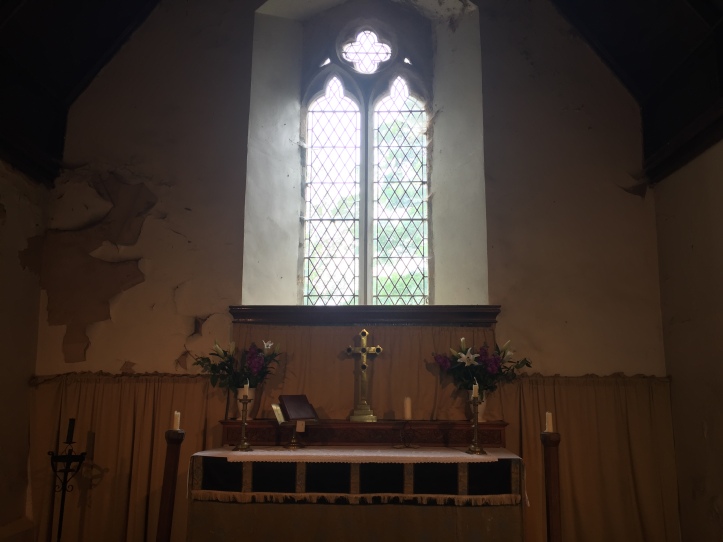 In response to this, Retford was seen as a troublemaker, enemy of the state and was swiftly put to death. He is today known as one of the members of the Lincolnshire Rising.

The Lincolnshire rising was a brief and bloody uprising by local Roman Catholics who opposed the King’s new commands and control of the established church. It sprung from the Pilgrimage of Grace which had begun in Yorkshire beforehand. Henry VIII’s new rules were very financially extreme; his commissioners seized land and church gold and silverware, replacing anything of worth with a cheap and inferior copy. There were new taxes through the Statute of Uses and a sense of anger and unease swiftly spread through Lincolnshire. The rising was unsurprisingly quashed with a series of public executions, including that of the vicar of Louth, a nearby larger town.

Retford was thereafter seen as a martyr figure, and is still referenced today in church literature. 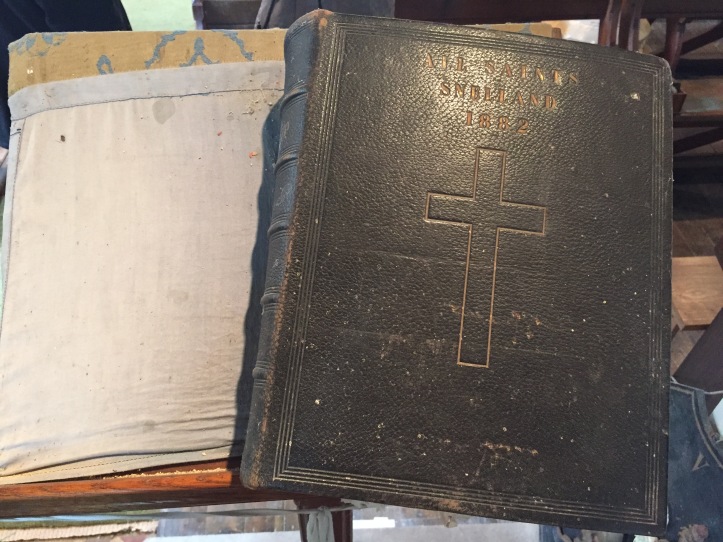 The church itself is a modest structure with many hidden pockets of history inside. 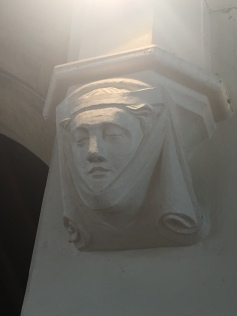 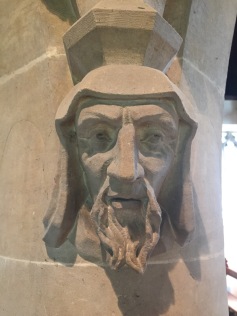 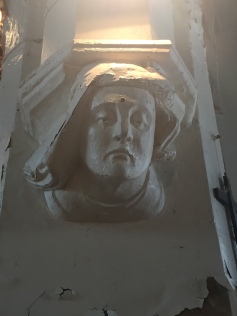 There are medieval carved stone faces, an ancient sundial in the outer stonework and a very rare example of a ‘leper’s window.’ This window is thought to originate from 1440 (although was moved in later years) and was installed so that parishioners within the church could pass alms through the hatch and the lepers, who had to remain outside church walls, could receive spiritual succour.

The remainder of the church is primarily a 19thcentury rebuild, which was instigated by the architect Edward Browning in 1863.

Much like the small church, the equally small churchyard is just as interesting. In amongst the Victorian headstones, one in particular stands out. The headstone of the wife of rector Thomas Heel, is cracked in two as though snapped by giant hands. A local historian informed me that the grave of Mrs Peel, who died in 1873 had been struck by lightening some years after her death, splitting her stone dramatically in two. No other graves nearby were affected, but hers, despite the damage, has remained upright and a local curiosity for decades. 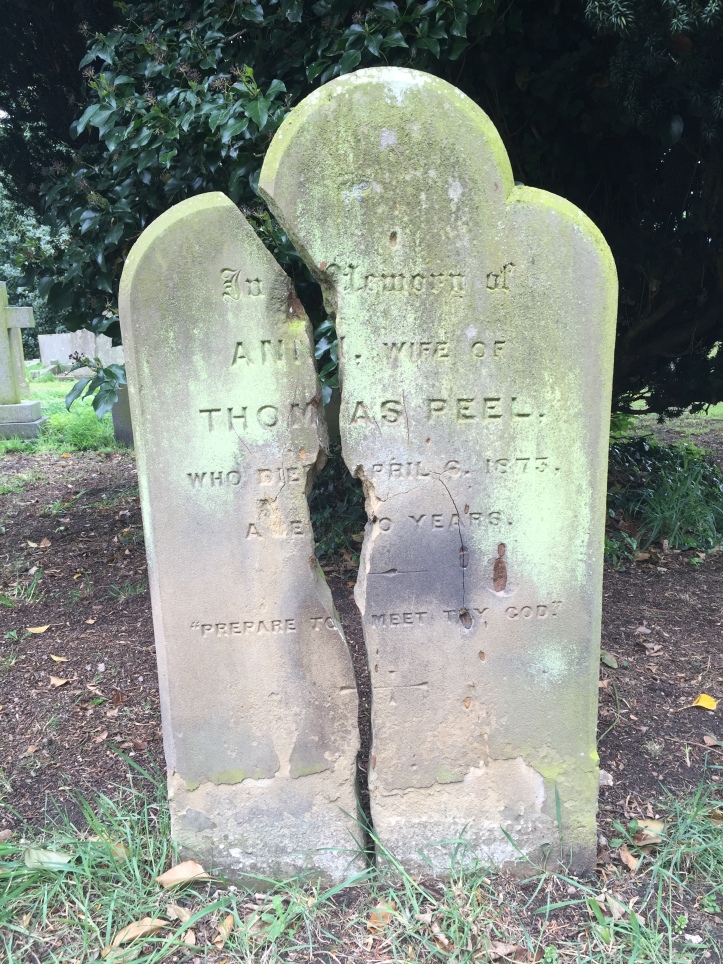 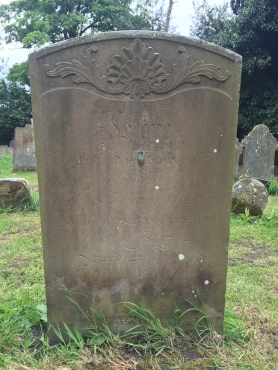 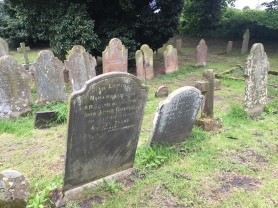 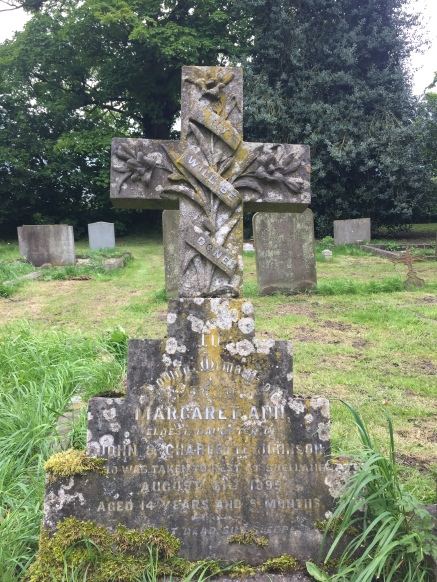 Today, services run only once a month and is most frequently visited during the annual West Lindsey Churches Festival. Nonetheless, All Saints is a loved and cherished landmark in a little local community. Should you be in the area, do visit – but perhaps not if you see lightening overhead!