The White Lady of the Winter Solstice

In Lower Boscaswell – a hamlet in Cornwall – legend states that the spirit of a young woman, dressed entirely in white, haunts an ancient structure. Every year at the dawn of the Winter Solstice, she is said to be seen turning and walking into the fogou situated on the land of Pendeen Farm. The structure itself is an underground iron age stone structure whose mysterious purpose has been lost to time. Due to its reverence within communities, fogous are believed to have been (potentially) used for ‘religious purposes, as refuges, or for food storage.’

Carrying a blood-red rose in her mouth, she is said to walk and turn into the fogou, quickly disappearing. It is believed that those who follow her are doomed and all who see the apparition will die within a year.

NB –  I can’t find a single text that records anyone following the white lady herself. So, if you do find yourself in her company the next time you’re in Cornwall, drop me an email if you manage to make it home alive. 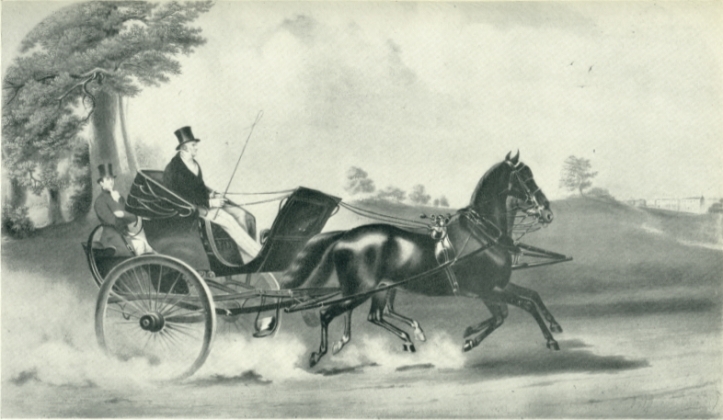 Another yearly reoccurring haunting is that of the trampled child at Kempston, Bedfordshire. Another legend with a delightfully non-specific date, the story goes that a child living in the manor ran out to meet his parents who were returning home by carriage. The family was reuniting for Christmas, and in the excitement of meeting his parents, the child ran out in front of the coach. Before the driver could stop, the child was trampled by the horses and died from his injuries.

Every Christmas eve, on the anniversary of his death, the sound of thundering hooves and screams can be heard across the old manor’s land.

In Hawkhurst Road in Marsden, Kent, the ghostly recreation of a highway robbery gone wrong is replayed every Christmas Eve. Throughout the 18thcentury, the notorious Hawkhurst Gang of bandits terrorised the area, as Marsden was on the main through road to Hastings. At the end of the 18thcentury, a notorious highwayman by the name of Gilbert stopped a coach with the intent to rob the occupants. Inside was a young woman and her father and both were ordered out onto the deserted road. Just as the woman left the coach, the horses were startled and bolted off the road, taking the coach and her father with them. As the young woman stood alone with the highwayman, she recognised the criminal as the same man who had murdered her brother years before. Enraged, she withdrew a hidden knife from her bag and plunged it into the startled highwayman who promptly fled the scene, clutching his bloodied side.

Some time later, the horses returned with the coach and the bloodied body of the highwayman was found by villagers. The next day, the young woman was found wandering the woods and had completely lost her mind.

Every year, the scene is silently replayed for all who pass by.

The Stiperstones at Bishops Castle in the Shropshire hills is series of stunning, quartzite rock formations, formed over 480 million years ago. As with all ancient British geological features, there are hundreds of legends attached to the site. The most festive of these occurs on the longest night – the winter solstice – every year.

On this date, ghosts and spooks from around the county of Shropshire are said to converge at the Stiperstones. For what exact purpose remains a mystery. Whether the ghosts enjoy a party or simply converge for their annual performance reports, sadly, the legend is unclear.

In a potential spectral nod to the many farm animals consumed in the name of celebration, every year on Christmas Eve, a small group of ghostly pigs cross the road in Calcutt, Wiltshire. The pigs are said to be small and white with bright red ears and seem to travel with little to no sinister intent. Potentially this is a festive nod to the benefits of vegetarianism, or the joys of Christmas-coloured pigs, but my Hauntings of Wiltshire books have left me wanting. However, I can say, thanks to an afternoon of increasingly niche internet searches, that if your pig has pink, red or purple discolouration of the ears, its probably due to Glässers Disease and the days of your smallholding are numbered.

May your Christmas time be jolly and free from spectral swine, however you choose to spend it.