In the tiny village of Waithe, 5 miles south of Grimsby, sits the church of St Martin. Obscured by trees, right by a small turning off the A16, sits a little shrine to the Victorian Gothic.

As the church is no longer in regular parish use, since 2006 it has been in the care of the Churches Conservation Trust. Despite this, the church receives a slow and steady stream of visitors throughout the year.

The oldest part of St Martins is the square tower which was built in the 11thcentury and is traditionally Saxon in appearance. However, inside, the tower has ‘twin-bell’ openings and traditional Norman details. The Churches Trust sums this relationship rather succinctly,

‘In fact, the tower of St Martin’s stands at the crossover point of Saxon and Norman cultures.’ 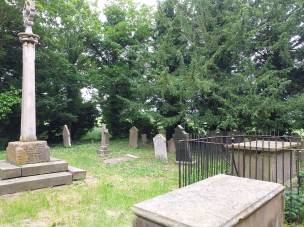 Interestingly, Lincolnshire has a high density of Norman church architecture and St Martin’s Romanesque towers sit in the good company of its county.

In the 13thcentury, much of the church was rebuilt, retaining the 11thcentury tower.

Despite this, it is for its 19thcentury renovations that it claims its fame. In 1861, the church underwent extensive refurbishment and redecoration thanks to the work of nearby Louth architect James Fowler. Prior to this, the church had fallen into significant disrepair.

The work was commissioned by the Lord of the Manor, George H. Haigh of Grainsby Hall.

He hoped that the renovated space would act as ‘an example to the district.’ It would also serve as an elaborate space for the memorials of Haigh’s family throughout the years.. During these later renovations the tower was, once again, preserved. However, much of the church was rebuilt from the ground up. St Martin’s records state that this work was done at a cost of £2000, which equates to around £130,000 today.

Externally, the church is predominantly limestone with small plinths of ironstone, thought to be reused material from an earlier structure. Inside, the exposed brick walls are typically Victorian and sit in stark contrast to the limewashed tower. 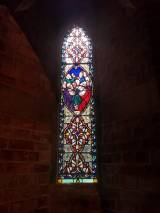 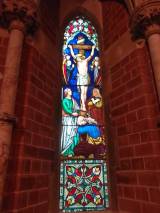 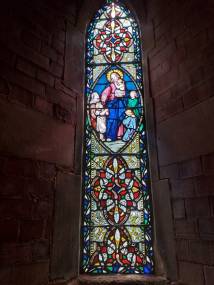 The nave arcade is a surviving medieval structure, however much of the church is 19thcentury work. The stained glass portrays the story of St Martin dividing his cloak with a beggar, yet is often mistaken for being a depiction of the Good Samaritan.

Sadly, the north aisle’s windows were irreparably damaged by vandals, but elsewhere, the windows have been repaired. 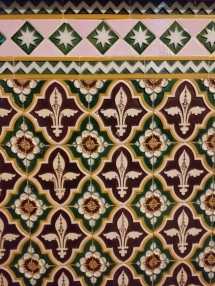 The church is embellished in a riot of colour, with elaborate Minton tiles across several surfaces. At the east end of the chancel, the Minton wall tiles are decorated in Fleur-de-Lys patterns and the floor is covered with bright, naturalistic Victorian patterns.

The altar tiles depict the symbols of the Evangelists and an Agnus Dei (Lamb of God) symbol takes centre stage. 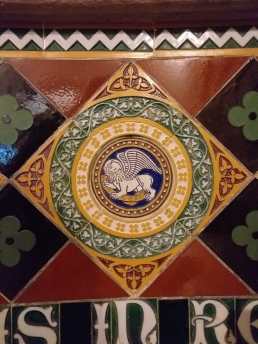 Rather cruelly, Sir John Betjeman wrote that the interior of St Martin’s resembled that of a public convenience, thanks to the tiles!

Nonetheless, for lovers of Victoriana and 19thcentury crafts, Waithe is well worth a visit. 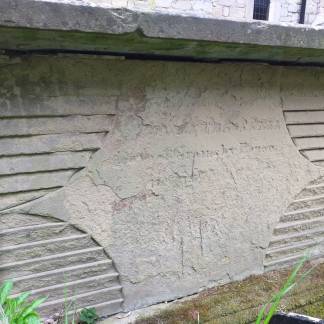 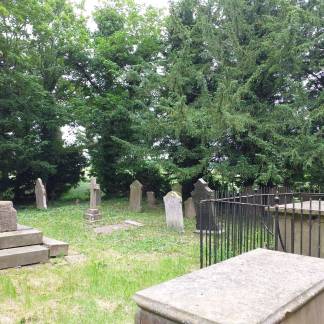 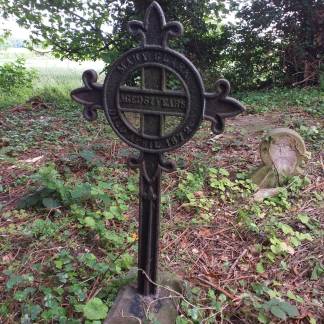 All photographs my own unless otherwise stated.