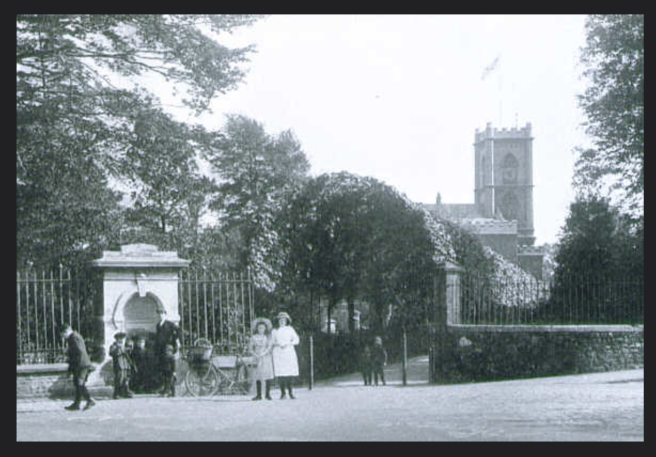 Bristol city centre is full of leafy shortcuts and winding paths between buildings from different centuries, crammed together like teeth.

During the Second World War, Bristol was the fifth most heavily bombed city. Owing to its harbour and aeroplane company, it was a target of particular interest to attacking forces. It was also a city easy to find; to follow up the river Avon, using moonlight as a guide, Nazi planes would quickly locate the city and drop enormous clusters of bombs. 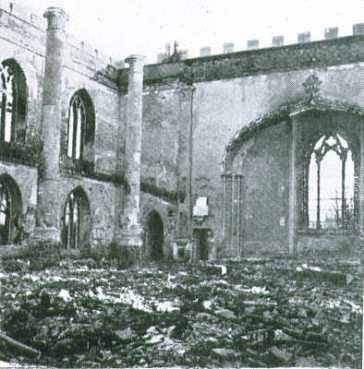 During the Bristol Blitz of 1940-41, 1299 people were killed and over 90,000 buildings were left demolished by the end of the conflict, including the 17thcentury Dutch House.

Several churches were hit, gutted or destroyed during the Blitz, including the well-known Temple Church. However, one of the lesser known architectural victims was that of St Andrew’s church in Clifton. On the first night of the Bristol Blitz, on Sunday 24thNovember 1940, the church suffered a direct hit and was reduced to rubble.

St Andrews was recorded in 1154 when it was given to the Abbey of St Augustine and was drastically changed in the 17thcentury, being partially rebuilt in 1654. After being rebuilt (with direction from architect, James Foster) in a Regency Gothic style in 1819-22, the church maintained this appearance until its destruction in 1940. The church was an odd mixture of styles, having gothic windows, fittings and galleries and classical ceilings. Despite the bomb damage, the tower remained standing until 1958 when it too was demolished. 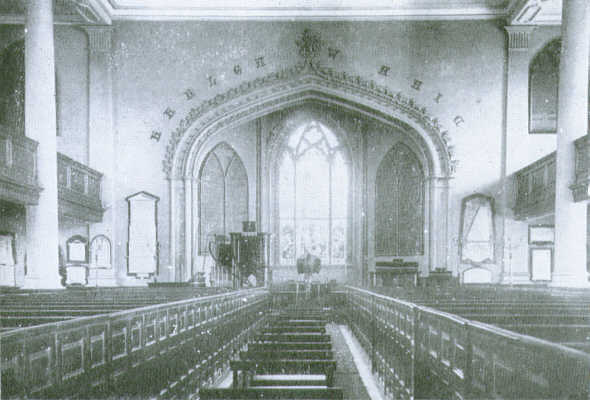 The old footprint of the later church now sits as an understated war memorial, acknowledged only by a small plaque. Explained by Paul Townsend; ‘brizzle born and bread’:

St Andrew’s, a neo-Gothic building of 1822, was destroyed in a Luftwaffe night-time raid in 1940.

It was a Sunday evening, but the several hundred churchgoers escaped unhurt. Luckily, they were all in the crypt. After the Blitz, which left only the tower standing, the congregation met in a variety of places. Then, in 1952, St Andrew’s parish and congregation merged with Christ Church on the edge of Clifton Down. The tower, however, survived until 1958, the year that the bulldozers moved in. An original, medieval building was demolished in 1634. The new church which replaced it served the populace until 1822. 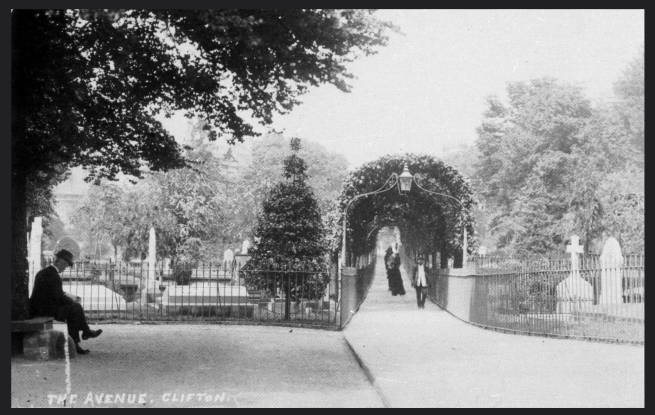 Today, St Andrews and its old churchyard are all but forgotten in their landscape, aimlessly frequented by commuters, bored mothers and dog walkers.

While the church is long gone, its churchyard remains, with tombs and monuments hidden behind metal railings and overgrown bushes. Although the site seems closed to visitors today, access is still possible by small gates at the ends of the path.

The churchyard was never officially called ‘birdcage walk’, and was often simply called ‘the avenue.’ ‘Birdcage Walk’ appears to be a name referring to the metal arches covering the avenue, intended for greenery and flowers. It is the beauty of these arches in bloom that keeps Birdcage Walk in the Bristolian consciousness. 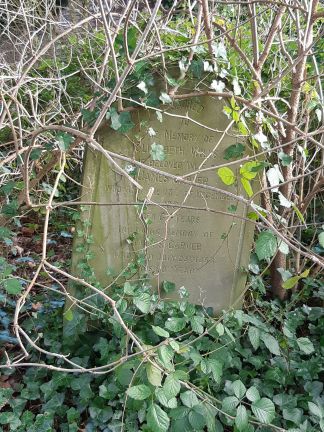 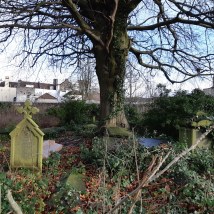 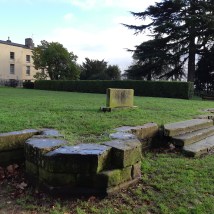 The burial ground primarily holds interments from the 18thand 19thcenturies, in a variety of forms. Visiting in summer may indeed be preferable, as the inclement weather of my latest visit made exploration rather more unpleasant and hazardous than necessary!

Nonetheless, there are many beautiful inscriptions and carvings to observe, should you be brave enough to face the tree roots and dog mess that inevitably await. 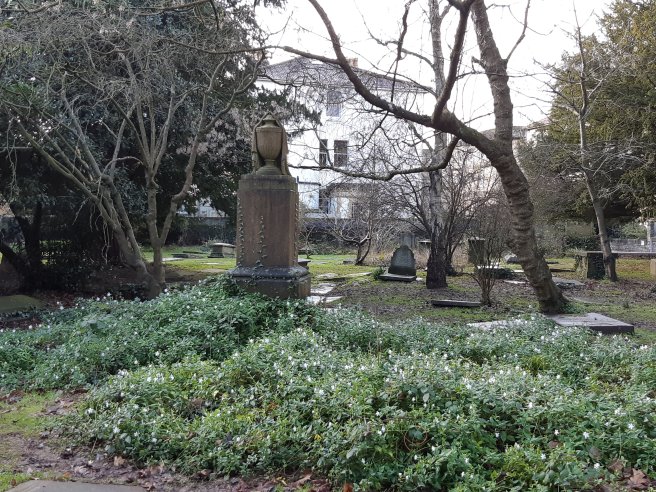 Set amongst descriptions of being ‘at peace,’ daughter Ann Waters is memorialised with an engraving of ‘After a long and painful illness…’ and her brother Robert with ‘ who was accidentally drowned at Chepstow, August 19th1850, Aged 20 years.’ Another Waters son, George, also drowned ‘near Shirehampton’ aged 29.

While coffin shaped memorials aren’t wholly uncommon, Lambert’s slab is remarkably well carved and preserved. Interestingly, it sits as a memorial in itself, rather than a coffin-shaped tomb stone to sit beside a larger headstone.

Throughout the churchyard are interesting memorials to judges, generals and children, lost before their time. With a little more time, or even a summer picnic, exploring the stories within its walls would be a wonderful way to spend a day and feel a little more connected to the Bristol of old. 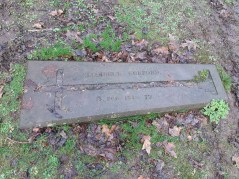 For more photos, please visit Burials and Beyond on Facebook.

All contemporary photographs are my own. All others from the sources below.

3 thoughts on “Birdcage Walk: Remnants of a Bombed Churchyard”