It’s a twee little statement that love can conquer death, but one that rings romantically true in the adjoining graves of a Dutch Colonel and his aristocratic sweetheart. 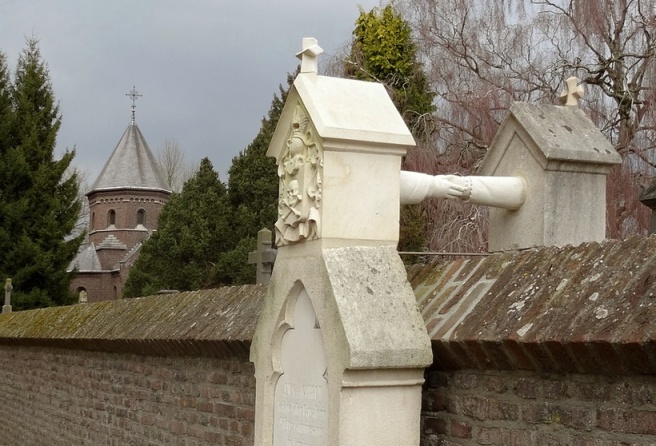 In the Dutch city of Roermond lies Het Oude Kerkhof (The Old Cemetery), one of the country’s oldest cemeteries. Following an edict produced on June 26th 1784, burial within a church, chapel or covered building was prohibited, and that any future burials would have to take place on the perimeter of the city, and not within its walls. Anyone contravening these laws would have been issued a hefty fine, so the people of Roermond had to move quickly.

By May 1785, a new burial ground was established around a smaller pre-existing Jewish cemetery with very clear religious divides. High walls separate the burial spaces of the Catholic, Protestant and two Jewish sections, with an additional un-consecrated area, used for burials of individuals with no religious denomination, or for burials of people who were not permitted to be buried in consecrated earth (from a historically British perspective, this would include criminals and individuals who took their own lives, to name but two instances.) Well into the 19th century, the Netherlands existed under a policy of pillarisation (verzuiling in Dutch), whereby society was further segregated depending on political and religious beliefs. The cemetery was no different. 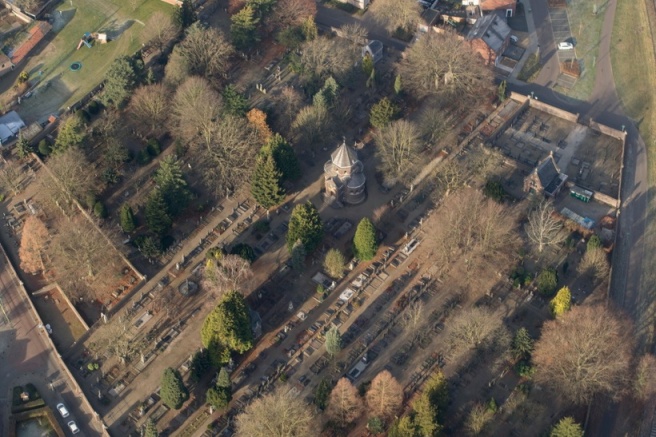 Much of the cemetery also had a class system, implemented in 1870, which is still visible in the Catholic section, where the wealthiest still reside in enormous elaborate vaults and mausoleums, whereas the city’s poorest citizens (fourth class) endured unmarked, free burials. For such a small site, the amount of large family vaults remains notable, with fifty crammed into the upper class section, making it a very cosy place to be indeed.

The cemetery has also gained national renown for being a treasure trove of neo-gothic funerary art.[1]Across the lower class burials, there are a huge number of stunning cast iron crosses of surprisingly high quality. This same artistic merit applies to the iron gates and fences of higher class graves and can be attributed to the artistic ideals and achievements of local blacksmiths, the Firma Cuypers and Stolzenberg.

By the 1990s, the cemetery had fallen into severe disrepair, until a group of local enthusiasts and volunteers formed the Oude Kerkhof Foundation and set to preserving the site and its inhabitants for generations to come. Through restoration efforts, tours and public events, the cemetery was finally recognised as a protected monument in 2001.

Of the thousands of burials within the cemetery, two ingeniously joined graves have put it on the global map. 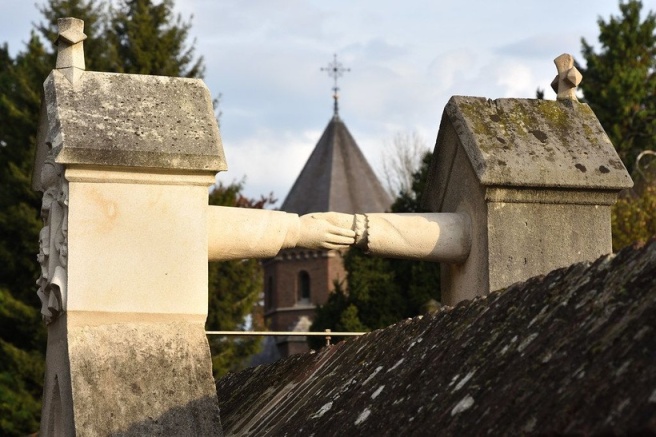 In 1842, 22-year-old Josephina C.P.H van Aefferden, a Catholic noblewoman, fell in love with 33-year old colonel Jacobus W.C van Gorkhum. Gorkhum, being a member of the Dutch cavalry was a commoner, and far below Aefferden’s class. This alone would have been cause for enormous controversy, but to add to the lovers’ wealth of problems, she was Catholic and he was Protestant.

Their marriage was an enormous scandal, taking place in Germany in 1842, but the couple defied the critics and remained together for 40 years, until the death of Gorkhum in 1880.

As in life, their death was subject to clear religious divide. Due to the religious segregation in Het Oude Kerkhof, the couple could not be buried together in her Catholic family plot, but Aefferden was ingenious and found a means for her and her husband to be linked for all eternity. Burying her husband on the edge of the protestant section, she could ensure that his plot backed on to that of her family’s. Ordering two matching large white memorials, the headstones towered above the dividing wall, leaving a space between the two. Here, the two plots were joined by a male and female hand, held together in perpetuity.

Gurkhum was buried beneath the ‘masculine’ hand (depicted with a man’s shirt cuff), whereas Aefferden and her family were interred beneath the ‘feminine’ hand (shown with a ruffled, delicate cuff).

The grave, known as the ‘grave with the little hands’ or ‘Het graf met de handjes’ is celebrated across the world as a beautiful and ingenious piece of grave art, but also as a symbol for love finding a way.

However, the joined graves’ journey was not as simple as commissioning some headstones and slipping away into eternity.

The famous hands are thought to have originated in the workshops of Cuypers and Stoltzenberg, like so much of the grave art within the cemetery walls. The original sandstone hands were removed and replaced in 1972, with the old hands preserved and on display in the cemetery’s former morgue. This removal and later structural works have been necessary and substantial, due to sagging and subsidence on the Protestant side. This pressure between the two graves, no longer perfectly parallel, caused substantial damage to the little hands.

In 2014, the protestant headstone was removed, remade and a new set of hands were made by sculptor Armand Mathijs and the company Sivero from Roggel. The original headstone bore the motto ‘Vivit post funera virtus’, roughly meaning ‘virtue remains after death’, yet this too had to be removed and is displayed beside the original hands.

There are several examples of graves straddling different denominations within cemetery grounds, but few who are joined by an eternal clasped hand. In Dreux, Normandy, the tombs of the Catholic Prince Ferdinand of France and his Protestant wife Duchess Hélène of Mecklenburg-Schwerin are placed in adjoining chapels. The prince’s sarcophagus is found in the main royal burial chapel, with his wife’s tomb slightly higher, and situated in the adjoining room. Between them is an open window where the effigies of the prince and his wife can be seen as if resting together, with her hand outstretched towards his.

Through our adulation of graves such as these, surviving and thriving against obstacles, one thing is clear; we’re all a bunch of desperate romantics at heart.