[NOTE: This post first appeared on arnosvale.org.uk as a guest article]

It is no secret that I love Arnos Vale. Since moving to Bristol, I have spent many days traipsing its winding paths, admiring the headstones and, of course, drinking its coffee. My social media is filled with images of mossy headstones and stone angels, and there are few events in the Spielman Centre that haven’t piqued my interest.

But, despite my frequent visits, each time I walk through the lanes, I am met with a new symbol, a new flower or a new artefact I had yet to notice. Arnos may well be a historical site, but it changes so drastically with the seasons, it would be foolish to think you knew the cemetery at all.

Arnos Vale is simultaneously a working cemetery, a heritage site, a habitat and a veritable art gallery of historical remembrance. To write a thorough guide to all that Arnos offers would probably take until my own death. So, before I dash to choose my own headstone, please enjoy a rather abridged guide to the hidden treasures of Bristol’s finest cemetery.

Many of us take shortcuts through cemeteries on our way to work or as a cut-through to the shops, which makes it so easy to skim over the sheer variety and beauty of headstones.

While Arnos has been accepting burials since its creation in 1837, many of its older interments are easy to spot, thanks to the elaborate memorial choices of the Victorian Era. 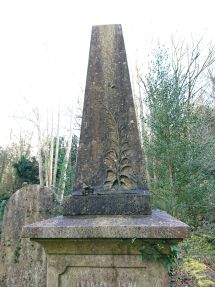 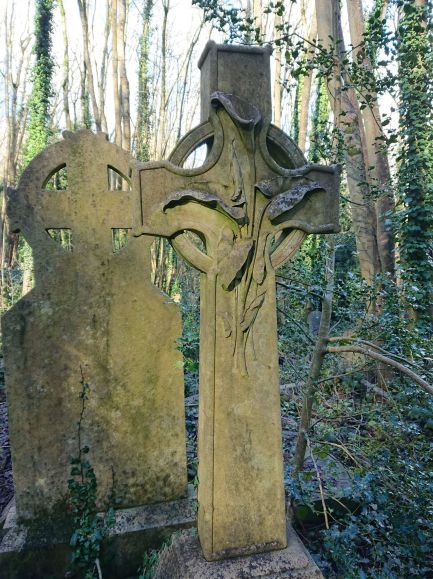 The Victorian interest in symbols and speaking without words particularly took root in the world of grave and monument ornamentation. Alongside names and dates, 19thcentury headstones are often topped by a carving – hands, flowers, birds etc., each possessing a hidden message of their own. There are hundreds to list, but a few popular symbols are –

It is such a thrill to walk through a cemetery or churchyard and feel as though you are privy to some secret insight into the past. I absolutely urge any visitors, especially those with families in tow, to take time to search for these symbols and decipher them along the way. Spotting pictures and imagining the stories behind the woodland burials is a healthy and creative way to engage with your surroundings and feel less detached from centuries of fascinating lives that are waiting to be rediscovered and reimagined.

Arnos has thousands of these symbols, intricately carved into headstones and tombs – however, larger Victorian monuments hold similar hidden meanings and are rather easier to spot from the paths! 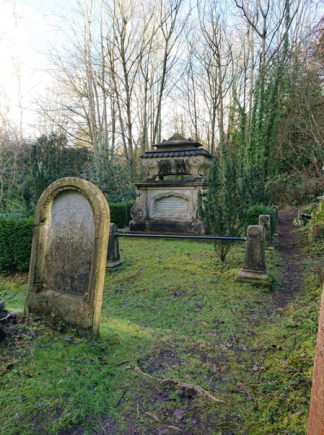 There are some beautiful column memorials within Arnos Vale, a particularly clear example being visible just opposite the cloisters. This column, standing over 6 feet in height, looks as though a mason has cruelly chiselled it in two. However, a broken column represents a life cut short. Other columns closer to the Anglican Chapel feature broken columns with wreaths, which show victory over death.

Obelisks, huge tombs and angels often afforded the grieving family more space to memorialise the deceased and often feature whole paragraphs of achievements and addresses. These are often thought-provoking and, should you be inclined, easy to research further. As such huge monuments were incredibly costly in their day, the financial, political or historical status of the deceased means you are a mere click or two away from a wealth of information.

Should you not be feeling especially ‘outdoorsy’, Arnos’ buildings are filled with fascinating artefacts and exhibitions. The museum opposite the West Lodge is always worth a visit and the Anglican chapel is a beautifully serene structure that shines out as a love letter to conservation done right! However, it is in the depths of the Spielman Centre (accessible via the stairs in the Atrium) that a true hidden treasure is kept. 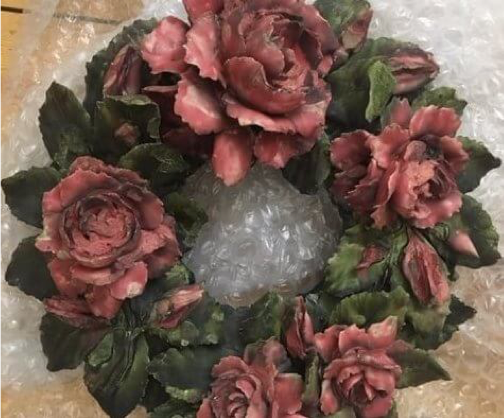 In a large glass-topped case lies Arnos Vale’s own ‘Immortelle’, a curious painted plaster wreath of flowers which was uncovered during conservation efforts in recent years. ‘Immortelles’, from the French word for ‘everlasting’, were popular grave decorations from the Victorian and Edwardian eras. These were mass-produced, brightly painted ceramic or plaster flowers that were left as a permanent memorial at the grave site and could survive far longer than their organic counterparts.

While not biodegradable, many of these ceramic wreaths have been lost to vandalism, theft and the rough hands of time. The few that survive in the UK have been taken into the care of museums and private collectors, so are difficult to track down. For a piece that spent around a century under a protective blanket of soil and moss, Arnos’ example is a stunning treat for the eyes.

Keeping our thoughts on subterranean treats, it would be foolish not to spend a little time on Arnos Vale’s famous nocturnal inhabitants, bats!

Bat walks throughout the year are fantastic experiences for all ages – they help nurture a love for nature and conservation, but also dispel any silly myths about one of Britain’s most endangered and beautiful native species. 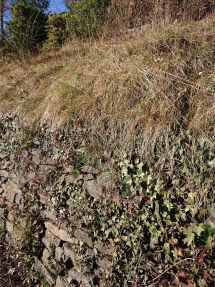 To end on a lighter note, it is no surprise that Arnos Vale is incredibly popular as a unique wedding venue and forest school. Its peaceful woodland setting, wildflowers, birds and nocturnal creatures offer an idyllic moment of quiet clarity from the city’s roar.

Arnos has a wonderful variety of British trees, from high, swaying poplars to mighty pines, many housing tawny owls, buzzards and song birds whose calls carry across the cemeteries’ 45 acres!

While operating as a habitat for larger animals such as badgers, there are several examples of micro habitats within its grounds – a simple wall leading from the war graves by Soldiers’ Corner may at first seem little more than a structural or architectural feature. However, the bricks and foliage offer an ideal habitat for smaller animals, such as reptiles like slow worms and common lizards.

To walk the Victorian cobbled path (just down from the top lodge) while holding a handrail, crafted from Arnos’ own Ash saplings shows a considered approach to conservation that many heritage sites can only hope to mimic.

I won’t spoil any more of Arnos’ secrets for you, but be sure to find some of your own during your next visit. And if you spy me lurking between the graves, hunting for a butterfly or carved hand, don’t worry, you’ll be doing the same before you know it!