The self-titled ‘magnificent seven’, is the informal name given to a group of large, privately-owned Victorian cemeteries within London. One of these is Highgate. Between its two sites, there are approximately 170,000 internments.

Highgate and its ‘magnificent’ cousins were constructed in the mid 19thcentury as a means of appeasing the overcrowding crisis in the cities burial grounds.

In 1836, a parliamentary bill was passed, resulting in the creation of the London Cemetery Company.

‘Stephen Geary, an architect and the company’s founder, appointed James Bunstone Bunning as surveyor and David Ramsey, renowned garden designer, as the landscape architect. A head office was opened at 22 Moorgate Street, London.

The sum of £3,500 was paid for seventeen acres of land that had been the grounds of the Ashurst Estate, descending the steep hillside from Highgate Village. Over the next three years the cemetery was landscaped.’

The cemetery’s peak rises to 375 feet above sea level, giving it unparalleled views across the city. This, combined with its architecture and air of exclusivity, made Highgate quite the place to spend eternity.

In 1839, the cemetery was dedicated to St James. Following this, 15 acres were consecrated and two acres were set aside for non-conformists/dissenters. The first burial was on 26thMay 1839; a housemaid named Elizabeth Jackson, aged 36.

The entrance to the West Cemetery remains rather imposing. Housing two chapels in one building – one Church of England, one for dissenters – they join in the middle with a great arched gateway. 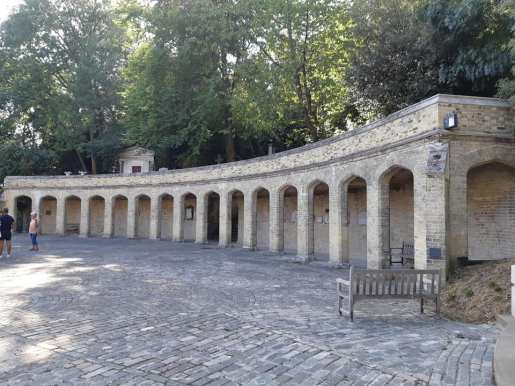 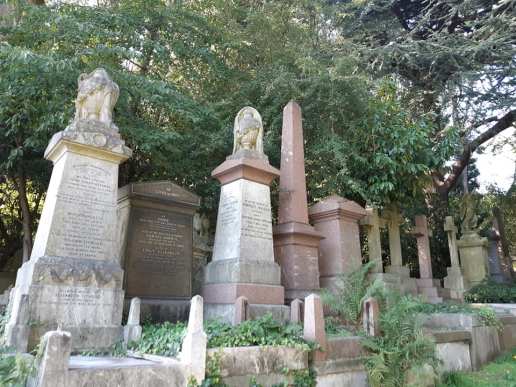 To visit the west cemetery today, access is strictly by guided tour only. This is not a money-making exercise, although the tour profits appear to be lucrative, rather a matter of health and safety. After Highgate fell into disrepair in the latter part of the 20thcentury, unmaintained mausoleums, crypts, vaults and graves all became potential hazards. One falling wall or misstep could easily leave an over-keen tourist twenty feet underground.

(Be warned, many tours are taken up by groups of over-keen, amateur photographers. While I’m a fan of the arts, there’s only so much pushing and shoving one can tolerate before a swift and sudden trip down a crumbling family vault seems an appealing prospect…)

The architecture within the west cemetery is truly breath-taking; outside of London, there are few examples of such elaborate death features and monuments.

The most infamous feature within the cemetery was arguably the cedar tree in the centre of the ‘Circle of Lebanon.’

The tree predated the cemetery itself, and was retained as the central focus of the burial ground. After the demolition of Ashurst House to make room for St Michael’s Church in 1830, it was the only feature to remain. However, as of 2019, the cedar is no more.

Prior to its removal, significant structural damage, rot and fungus was found within three of the tree’s stems. Dr Ian Dungavell, chief exec of the Friends of Highgate Cemetery Trust, said to Ham&High newspaper:

“Around 25,000 people walk beneath that tree every year. And it sits on top of a large Grade 1-listed structure, the ‘Lebanon Catacombs’, which themselves contain quite a number of burials in fragile, lead-lined coffins. A collapse would have been horrific.”

He added: “It’s something we have been looking at for a long time. The cedar has had a rough old life and we had noticed a little while ago that it had some fungus growing quite high up. That’s usually a bad sign.”

Supposedly, a new tree is on its way, but the Lebanon Cedar will be mourned for some years to come.

One of Highgate’s permeant architectural features is the Egyptian Avenue; an archway and passageway flanked by sixteen family vaults, each housing up to twelve coffins.

One of my personal favourite features of the Avenue is that wealthy families often included thorough engravings as to their address and occupation on the outer walls of their mausoleum. 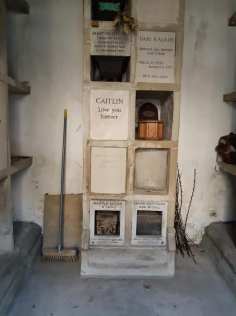 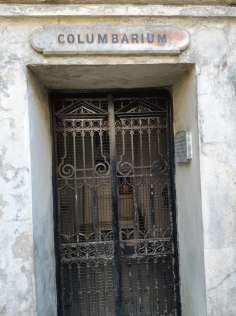 Following on from the Egyptian Avenue is the aforementioned circle of Lebanon. The circle was built in similar stylings, with twenty vaults in the inner circle, and sixteen more added in later years.

Above it, lie the terrace catacombs and a handful of columbarium beside the steps that ascend the upper part of the cemetery. 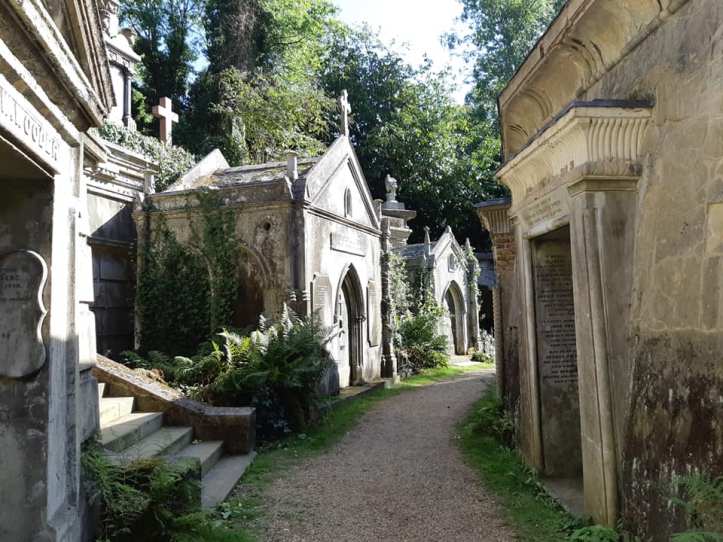 By 1854, the cemetery had proven to be so popular that it expanded by a further twenty acres. This new site, covering the opposite side of Swains Lane is now known as the East cemetery, which will be covered in another article. 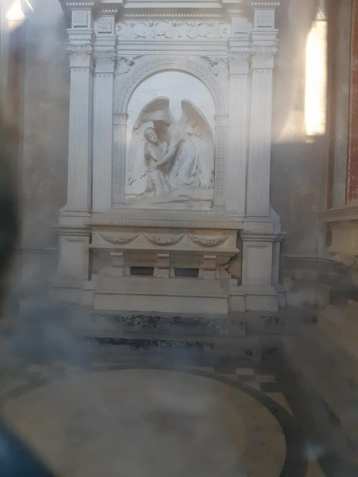 Interior of the Beer Mausoleum

However, as popular as West Highgate once was, by the turn of the century, its appeal was in decline. The elaborate funerals and monuments of the upper and middle classes were losing their sheen after being appropriated by the working classes. The advent of war similarly changed the national mindset.

Post-war, Highgate slowly fell into disrepair. Fewer plots were bought and more family graves were left abandoned and un-maintained. In 1956, the cemetery sold off a handful of buildings to try to stay afloat, but to little success. In 1975, the Friends of Highgate Cemetery was formed and a group of hardy volunteers began to slowly monitor the upkeep of the grounds. Since the Friends took over the cemetery, wonderful conservation, events and public engagement efforts have been made. Highgate is now a Grade 1 listed site, with several of its architectural features following suit, being listed as important and protected spaces by English Heritage. 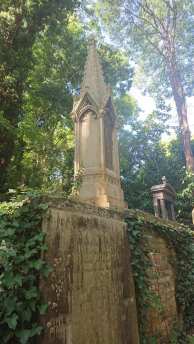 Today, the site has a small team of staff and volunteers, offering tours of the West cemetery and a calendar of talks and events that would make any theatre blush. The chapel was recently repainted and opened to funerals once more and the gift shop is always well stocked! If you find yourself in London in the foreseeable future, I urge you to take up a tour and, of course, a postcard or two.

All pictures my own, unless otherwise stated.